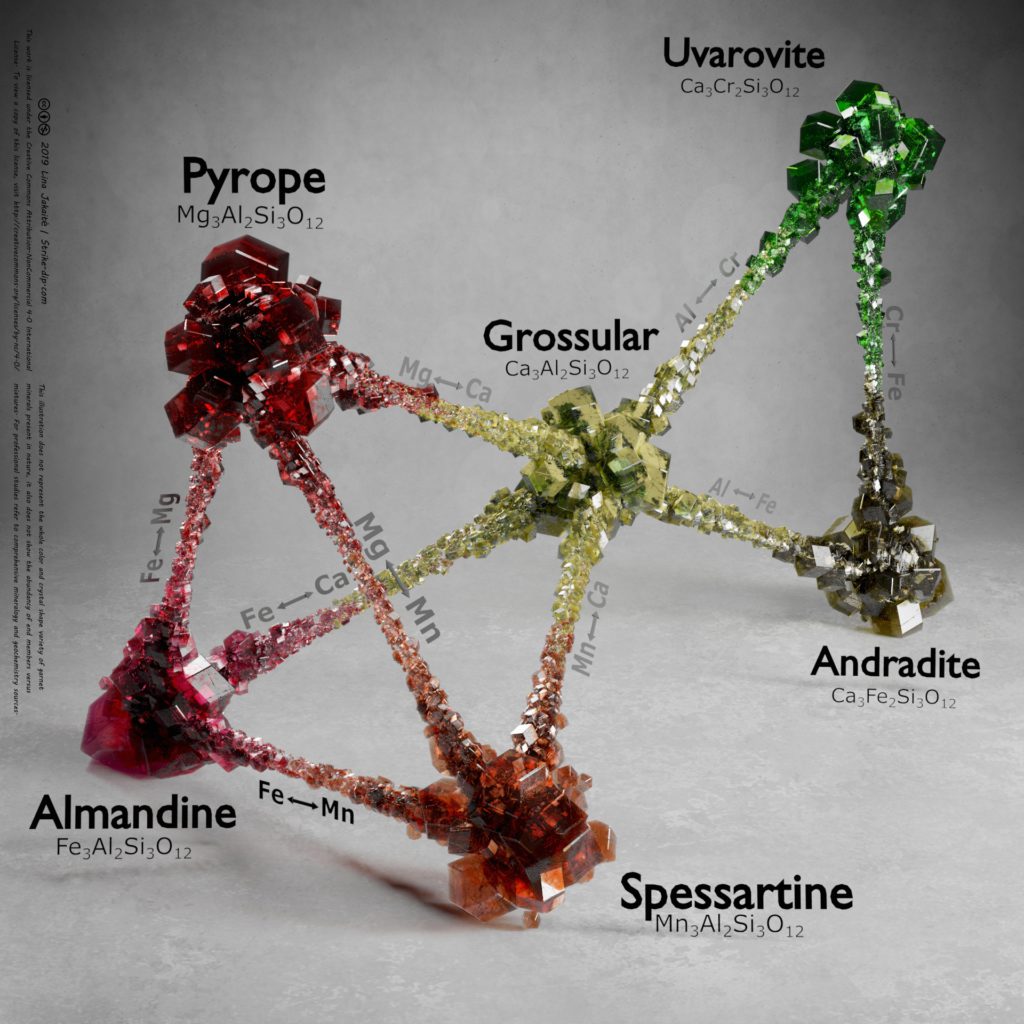 Garnet minerals are great group of silicate minerals with general chemical formula X3Y2Si3O12. X stands for divalent Ca, Mg, Fe and Mn cations and Y – for trivalent Al, Fe and Cr cations. There are two main groups of garnet minerals. One group is Uvarovite (Ca3Cr2Si3O12) – Grossular (Ca3Al2Si3O12) – Andradite (Ca3Fe2Si3O12) group. This group is called Ugrandite (based on the beginnings of garnet minerals names within this group). This group has calcium in X position and chromium, aluminum or iron in Y position. Uvarovite, Grossular and Andradite are end members of this group, but mixed compositions (example: Ca3(Al, Fe)Si3O12) are also common.

This illustration shows those relations. At the peaks there are end members shown and those end members which blend to each other are connected. The amount of minerals at the end parts and at the mixture parts does not represent any mineral abundancy data. The enhancement at the peaks is just for illustration purpose.

I’ve also used only one mineral crystal shape when there are more.

If you want high resolution poster, you can get it there: https://gumroad.com/linajakaite